Spelling out the maths

Hey, I am now over 300 posts on this blog. And things have changed since I started! What was originally a support for talks I gave has become a space for reflection on language teaching in a much more general way. That’s what technology does maybe: change how we function in subtle and unpredicable ways.

I have considered closing this blog: at best it needs a spring cleaning given that most of the blog list on the right are now closed with the exception of the wonderful David Crystal.

Meanwhile, while over Christmas pudding and various Ryanair flights I will ponder what to do next, here is a summary of where technology and language teaching may stand at the moment. Gavin Dudeney and his company have always been at the forefront of training when it comes to using technology in EFL. They have also been very realistic which for me is the key.

Have a look at this video. 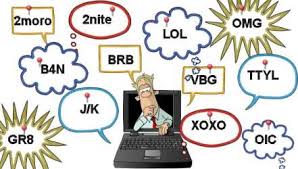 I can’t spy on my daughter because I can’t decipher the abbreviations she uses. I am probably better off not knowing what they mean. But here is a brief documentary and accompanying atricle explaining why technology enriches languages and that texting does not mean we are losing the ability to write. I have seen David Crystal talk about this before and he is one of the people interviewed. Have a look if you have ever worried about falling standards of language use due to the impact of the internet.

I am currently preparing a talk on Teaching and Testing and how to find the correct mix of both in our classes. Here is an interesting video overview of the history of testing from Ancient China (where it was fundamental to building the concept of trained civil servants and in turn a “modern” state) to modern language testing.

Preparing my talk however, I decided I needed to include a third item into the title: creativity. In the environment I am working at the moment, here in Spain it appears that nowadays nobody wants to learn a language anymore, they just want a certificate for B1, B2 or C1: the piece of paper is all they need, the language is irrelevant. The Common European Framework, with its initial goals of fostering life long learning has, for the moment, in Southern Spain at least, created an atmosphere and expectations which are completely exam focused. The danger is that our classes do the same and are reduced to this short term goal rather the longer term objective of learning and using languages proficiently. 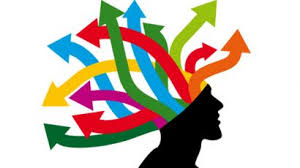 That is why I introduced a spark of creativity into the session: we can’t just teach and test. We don’t have to be doing drama or dance in our classes but we do have to listen to students needs and interests, use them and not remain 100% constrained by coursebooks, upcoming exams etc. to the expense of genuine interaction and learning.

Sir Ken Robinson, as always, has a lot to say on this: if you haven’t seen it before this TED talk really does make you think about how limited we, as teachers, are in terms of the preparation we give students for a future none of us can predict let alone imagine.

Will or going to?

Predicting the future is essentially pointless but probably essential. We can never make the future happen the way we want to but if we ignore our ability to shape it, we may well lose opportunities that will never be repeated. 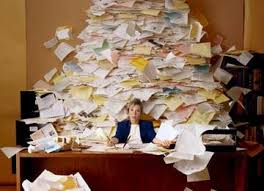 The Economist has a recent  article on how predictions of the impact of IT and the internet never worked out: the paperless office doesn’t exist; the internet is now ruled by big companies rather than putting them in their place; privacy on the internet doesn’t exist. At the same time it has and is transforming the world we live in. And that of course applies to education also.

I have long been an advocate of the use of Internet in EFL but I have to say my overall experience is disappointing. In class, it is seldom more than a diversion on the IWB. Out of class, students rarely have the time and often the knowledge necessary to use it in interesting and effective ways and as teachers, we don’t always have the skills or time to devote to changing this situation.

Personally I have returned to a more Dogme approach in my teaching, less material, more input; less IT, more direct interaction with my students and their needs.

The Economist article finished with another philosophical quote: “There is a world of difference between disruption and destruction.” In terms of education that is the decision the teacher has to make. Not an easy one. That is the secret: technology, despite all its promises, hype and sales promotion, never offers simple solutions, only complicated opportunities that can only be fully explored and effectively developed in the hands of professional teachers.

Just after my son started in primary school his teacher called me over one day as I was picking him up. Damn! In trouble already I thought. But no, it was simpler: “you know he is left handed?” she asked. Indeed I did know. I had noticed. He is my son.

She then asked me why he hadn’t a scissors for left-handers. I had to tell her I didn’t know the answer to that. After over twenty years in Spain (and I hope pretty good Spanish) I still speak with a distinctly foreign accent so she took a step back and started speaking very slowly. My Spanish was not good enough for her to understand what I was saying: or at least, that was what my accent was telling her. The reality was, in any language, I just didn’t know there were special scissors for left-handed people and that was what she had to explain to me.

It is curious how accent can make you appear dumb. Words, attitude, social norms can cover it up but it remains, when meeting people for the first time at least, a striking identifying feature and can often lead native speakers to view you in a negative fashion. Regional accents can, of course, within groups of native speakers, have the same effect! 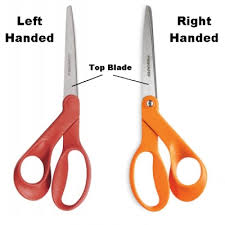 As teachers we spend (or should spend) a lot of time on pronunciation and intelligibility is essential. Nevertheless, sounding like a “native” speaker is probably beyond the ability of most “non-natives”. That shouldn’t be a problem but as Robin Walker highlights in this post, perhaps native listeners also need to demonstrate less prejudice when it comes to “judging” a non native speaker solely on the basis of their pronunciation. Judgments based on skin colour or the shape of your eyes can be classed as racist: should we be equally carefully when sizing up a person on the basis of their accent? The speaker has to make an effort to be intelligible: but listeners may also need training to understand intelligibility.

My son remains left-handed: my Spanish accent remains deficient … but I can and have done more things in Spanish than I have in my “native” language. Maybe I just need the right kind of scissors. 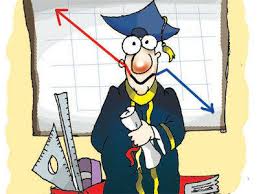 Move over the Common European Framework as Pearson introduce a global scale for marking langauge proficiency on a scale of 10 to 90. I think I am without words, probably below 10 on the scale! I would score high on Friends but have yet to see Breaking Bad. My twelve year old daughter enjoys the Big Bang Theory in English so she must be close to 90.

Ok, this may be a great idea, it may even work, but all sounds like money to me … so I am back too a zero. I just knew my language skills weren’t up to international marketing.

The problem in Spain right now is that nobody wants to learn a language: people only want B1 or B2. You cannot sell a general English course to adults: it has to be exam orientated. Exams have put learning in their place! Will this new iniative help?